© Provided by INSIDER
I worked out like Brie Larson for a week. Julia Guerra; Marvel

I became a fan of Brie Larson after watching her breathtaking performance in “Room” — and once “Captain Marvel” aired in 2019, she began transforming from a powerful actress into an incredibly strong superhero.

Obviously, I’m nowhere near Hollywood-star status, but here’s where Larson and I do share some common ground: Before embarking on my fitness journey five years back, I had zero interest in exercise.

This was partially because I was lazy, but it was also because I preferred reading books and writing stories to running on a treadmill or lifting weights.

“I didn’t know what strength was [before training for ‘Captain Marvel’],” Larson told E! News back in May 2018. “I was truly an introvert with asthma before this film, so I had a lot of work to do, and I just started to fall in love with it.”

To train for her new role as the strongest hero in the entire Marvel Cinematic Universe, the then-29-year-old actress joined forces with Jason Walsh — a celebrity trainer and the founder of the Rise Nation program — for nine months of intense workouts.

To shake me out of a long-standing fitness rut and channel my inner Captain Marvel, I contacted Walsh to set me up with a workout routine inspired by his sessions with the star.

I may not be able to deadlift more than 20 pounds, but read on to see what it was like to workout like Larson for a week.

Day one: I started small and focused on familiarizing myself with the exercises


Any time I start a new workout program, I approach my first time running through the routine like a beginner’s course.

When Walsh sent over my Larson-inspired workout and half the exercises on his list were ones I didn’t recognize, I knew my process would be no different this time around.

Walsh instructed that exercises should be done for a total of three sets of 30 seconds, with a 30-second rest in between each set.

Notice that I wouldn’t be doing push-ups with chains wrapped around my torso, hip-thrusting a 400-pound barbell, or shoving a 5,000-pound Jeep during my training? That’s because Walsh said during our phone conversation that Larson certainly didn’t start out with all these bells and whistles; she had to build her strength by starting with the basics.

“I think most people have assumptions and preconceived ideas as to what training entails,” Walsh told me.

And it’s true, especially on social media where fitness influencers are flaunting their personal records and sculpted abs, training can feel complicated for someone who hasn’t experimented with exercise and is still finding what’s right for them.

The first day of this experiment was spent on the floor of my home office with my computer open in front of me. I searched for videos of each move on the internet as I went through the list.

Gallery: I worked out like Beyoncé for a week, and I fell on my face, almost threw up, and have never felt more sore in my life (INSIDER)

I worked out like Beyoncé for a week, and I fell on my face, almost threw up, and have never felt more sore in my life

Day one: I begin Beyoncé’s workout by targeting my upper body and core. I also quickly learn that I underestimated how difficult this was going to be.

Day two: I am so sore and Beyoncé’s leg and thigh workout leaves my body burning.

Day three: After doing a bunch of workouts with kettlebells, I am out of breath and sore.

Day four: I don’t know how Beyoncé does explosive push-ups and this continues to be harder than I expected.

Day five: I psyche myself up with Beyoncé music and power through even though my entire body is burning with pain.

Day six: I don’t know what it’s like to not feel sore anymore, but I still focus on getting the interval training down.

Day seven: My goal is to close out this challenge by doing five of the explosive push-ups. I sort of achieve it.

Reflecting on this experience, I don’t think this fitness routine would be sustainable for the average person to keep up. I am also even more impressed by Beyoncé.

Even though my first session included a lot of pauses, I finished feeling incredibly, and satisfyingly, sore.

Day 2: Things started to get tough


After I’d done my homework and took a few mental notes on the correct form of some of the exercises, like the standing single-leg toe touch, elevated split squat, and torso-elevated split-stance hip thrust, I felt comfortable enough going through the workout on my own.

However, I didn’t want to go all-in just yet.

Instead of three sets of the workout, I completed two sets of each exercise in full, paying close attention to my form. If this session was any indication of what was to come, I had no doubt in my mind that Walsh was about to royally kick my butt. I was already sweating bullets.


Once I started going through three sets of each exercise, I could feel my body adapting quickly.

Exercises that had tested me at the beginning were still challenging — I was convinced eccentric push-ups would be the death of me — but I could feel my muscles growing a little more accustomed to the movements.

This didn’t make the workout any less challenging, though. Getting through an entire three sets of 11 exercises is no small feat.

I was starting to learn how important it is to not only control my breathing, and get into a rhythm of inhalations and exhalations for each movement, but also to just remember to breathe in general.

Once in a while, I’d catch myself holding my breath, but I kept reminding myself to focus on breathing.

I was also starting to pick up on when my body could keep going versus when I needed to modify moves.

I learned that there’s no shame in dropping to my knees in a push-up or trading split squats for traditional form. What mattered is that I was listening to my body and honoring its cues.

Day 6: I started getting pretty good at the exercises

© Julia Guerra
My body adapted to the difficult moves by the end of the week. Julia Guerra


I purposely wasn’t tracking how many repetitions I could do of each exercise from the beginning of this experiment for no reason other than I know myself, and I tend to get obsessed with numbers.

That said, six days into working out like Larson, I was already noticing an improvement in my stamina.

I’d gone from struggling with split squats to squatting almost 15 times in 30 seconds. Not to toot my own horn, but my push backs were near flawless, and I was consistently making it through the entire workout three times over.

I knew I wouldn’t necessarily see physical improvement in just one week, but I could already feel my body start to adapt to these moves.

Day 7: I felt awesome after doing the workout for a week


One week into working out like Larson and I can honestly say I was feeling pretty great. I might even take a page from the actress’s book and treat myself to a doughnut to celebrate my efforts.

For me, the biggest takeaway from this experiment is that although celebrities might share their toughest workouts or fitness milestones on social media, true strength is something you build over time.

What you see on Instagram are highlight reels of someone’s successes, and though there really is no denying Larson is a beast at the gym, once upon a time she had to start from square one and learn the ropes just like I am.

Fri Oct 2 , 2020
A mother who launched a women’s fitness plan from her kitchen after becoming disillusioned with the corporate rat race is now the CEO of a multimillion-dollar global empire.  In 2010, Rhian Allen was a high-flying sales director at a Sydney media outlet pregnant with her first child. But despite her […] 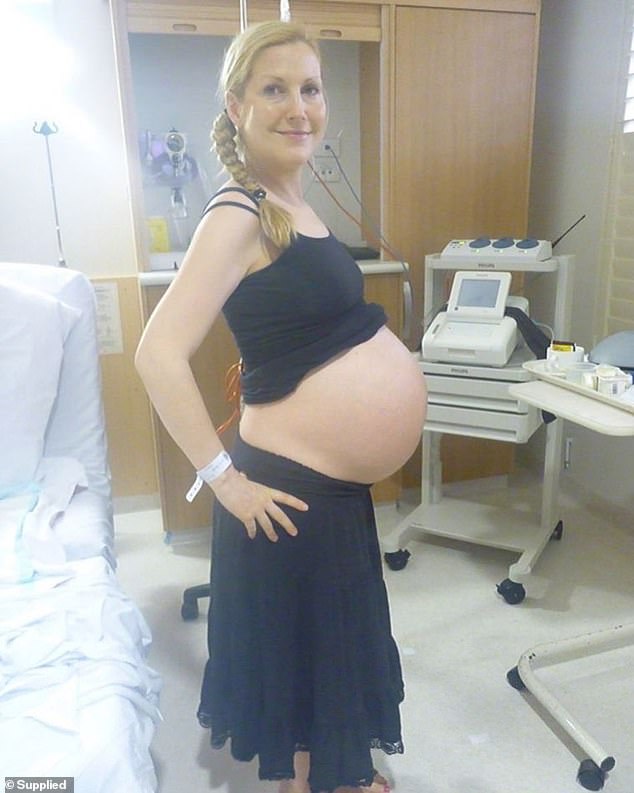